On June 25, the Embassy of Turkmenistan in Ukraine organized ceremonial events in Kyiv to celebrate the Day of Turkmen Culture and Art Workers, as well as the poetry of Mahtumkuli Fragi, with laying flowers to the monument of  this great poet, philosopher, founder of the Turkmen language and literature.

The following people took part in the flower-laying ceremony: Head of Department of the Ministry of Foreign Affairs of Ukraine, deputies of the Verkhovna Rada of Ukraine, representatives of Kyiv City Administration, creative community and business. At the invitation of the distinguished Ambassador Extraordinary and Plenipotentiary of Turkmenistan to Ukraine, Toily Atayev, Deputy Chairman of the Board of the Baltic-Black Sea Economic Forum Volodymyr Makukha took part in the celebrations.

Mahtumkuli Fragi is considered one of the spiritual symbols of Turkmenistan and one of the most famous and respected sons of the Turkmen people in the world. His poetry has been translated into many languages, including Ukrainian. The greatness of this man is also evidenced by the fact that Turkmenistan is already preparing for the solemn celebration of the 300th anniversary of the birth of Mahtumkuli Fragi, which will take place in 2024. 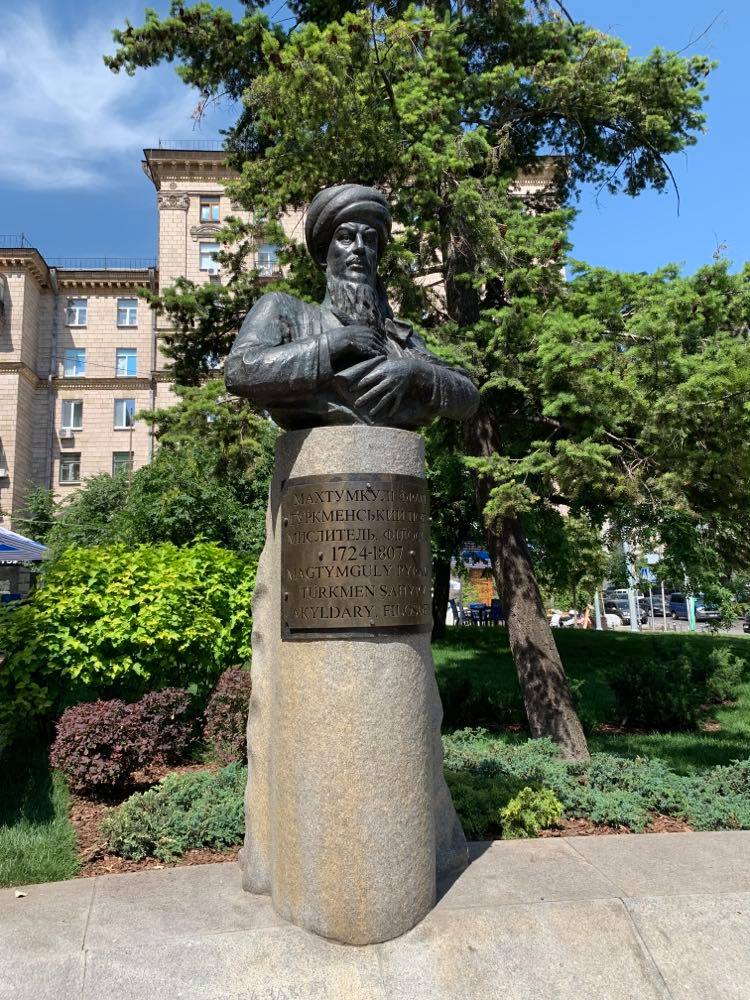 Great love, respect and honor for this great man was felt both in the speech of the Ambassador of Turkmenistan to Ukraine and in those of the invited guests.

After the celebrations, the current issues were discussed with honourable Toily Atayev related to preparation for the continuation of the VII Baltic-Black Sea Economic Forum in which a powerful delegation from fraternal Turkmenistan participates and which is focused on the development of joint international projects in various areas. The distinguished Ambassador and the staff of the Embassy of Turkmenistan once again demonstrated the consistency and efficiency of work, thanks to which the determined strategic plans of the President of Turkmenistan Gurbanguly Berdimuhamedov are implemented, in particular, the strategy for the development of partnership from the Caspian coast of Turkmenistan to the Baltic shores where Turkmenistan retains the role of one of the honored leaders. Among the issues discussed, there are in particular as follows:

A number of organizational issues related to quarantine restrictions and the need for clear coordination and coordination of joint actions were discussed separately. During the discussion of some technical issues, the First Secretary of the Embassy of Turkmenistan in Ukraine, honourable Hussein Redzhepov, was involved in the discussions.