Less than a year has passed since during the VII Baltic-Black Sea Economic Forum there was signed a partnership agreement between the Polish gmina Gromadka and the Muzykivka united territorial community.

During this time, there was established active communication at the level of the leadership of Gromadka and Muzykivka and started the process of creating a foundation to promote partnerships between enterprises, institutions and organizations of various industries operating in their territories.

It is symbolic that the first "swallows" of the result of this partnership are schools located in the territories of the Polish gmina Gromadka and the Ukrainian Muzykivska UTC.

As the viit (mayor) of gmina Gromadka Dariusz Pawliszczy noted:

"It is symbolic that the new academic year schools of Gromadka and Muzykivka begin as partners. School-age children are the future of our communities, the future of Poland and Ukraine. Their friendship from school sets an example and will create a solid foundation for strengthening friendship and partnership. Following the legalization of this partnership, we plan to organize acquaintance between teachers and students of our schools, to agree on plans for joint activities. Quarantine restrictions still allow us to do this only remotely, thanks to the means of video communication, but I'm sure it is temporary and we will be able to visit each other".

It should be noted that the viit (mayor) of gmina Gromadka Dariusz Pawliszczy himself graduated from the school, which became a partner of the Muzykivka Lyceum. This school of Hromadka has a rich history, which began to write after the Second World War, opening its doors to students in April 1947. During this time, it has become a modern educational institution, that creates excellent conditions for learning. In November 2006, a modern school gym was built and put into operation, which allows students to do sports quality.

No less high-quality conditions for learning are created at the school in Modle, gmina Gromadka. Although this educational institution is smaller in size and number of children enrolled in it, it does not affect the quality and conditions of education. 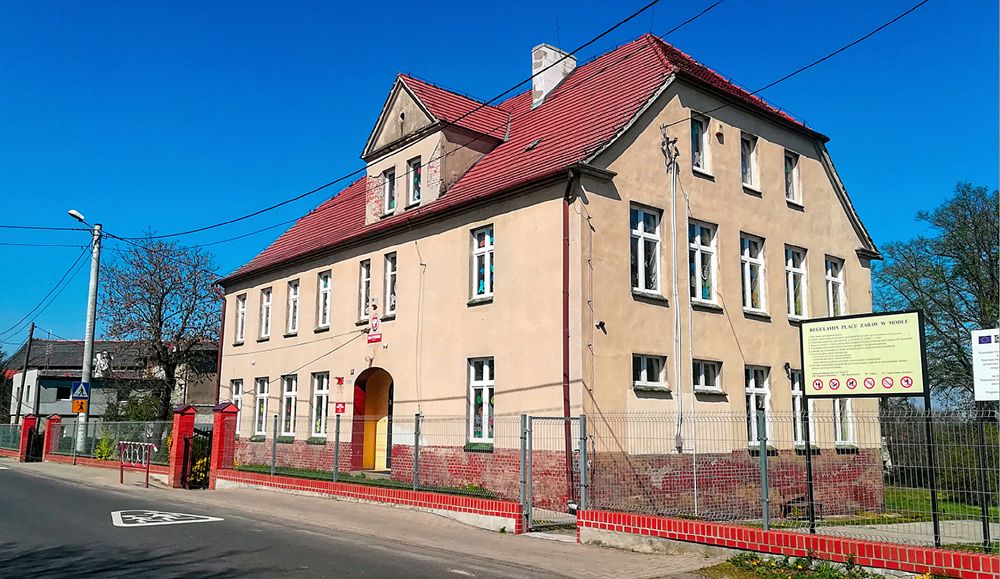