By joining the UN Agreement on Dry Ports, Uzbekistan consolidates its status of one of the leaders in the development of the transport and logistics industry in the region

The information received from Uzbekistan by the Baltic-Black Sea Economic Forum, according to which the President of Uzbekistan Shavkat Merziyoyev signed the Resolution on accession to the Intergovernmental Agreement on Dry Ports of the UN Economic and Social Commission for the countries of Asia and the Pacific Ocean in Uzbekistan, is an indication of inclusion of Uzbekistan into a powerful group of countries whose activities are aimed at working out common principles for the use of international logistics centers. This will help increase the efficiency of cargo transportation in the Asia-Pacific region. In turn, having become a party to this agreement, Uzbekistan’s logistic complexes have the opportunity to obtain the status of "dry ports" of international importance.

Commenting on the event, Volodymyr Makukha, Deputy Chairman of the Board of the Baltic-Black Sea Economic Forum, said: "This seemingly "dry" news feed in fact testifies to a historic event, another important step towards sustainable development, which Uzbekistan is confidently making, led by its President, the Esteemed Shavkat Merziyoyev. This is not only a confirmation of the status of one of the legislators of sustainable and effective cooperation in the transport and logistics industry of Central and South Asia countries, not only the opening of new opportunities for Uzbekistan, but also a powerful message to all partners in the Asian region and beyond regarding new opportunities for development of joint transport and logistics projects with Uzbekistan.

This once again testifies that there is a strong team of managers in Uzbekistan that demonstrates the ability to prioritize actions and decisions on the path of systematic implementation of reforms. This is, first of all, the merit of coordinated and effective actions of the President of Uzbekistan Shavkat Merziyoyev as also the Government of Uzbekistan. This statement can provide practical evidence not only from personal experience of working meetings with representatives of the Government of Uzbekistan, but also on the benchmarks of a number of international projects, in particular, those initiated by the European Union.

During a working meeting in Tashkent with Deputy Minister of Transport of Uzbekistan Abdusamat Muminov, I had the opportunity to be convinced once again regarding the significant prospects and the  strategically thought-out plans for the development of Uzbekistan’ transport and logistics capabilities. Moreover, the communication established with him allows us to witness the purposeful and effective work of the Ministry of Transport of Uzbekistan, which creates the necessary mechanisms (including international ones) for Uzbekistan to effectively use the Vienna Program of Action for Landlocked Countries. By joining the Intergovernmental Agreement on Dry Ports, Uzbekistan received another significant mechanism, including for the realization of the possibilities of this Vienna UN program, thanks to its President Shavkat Merziyoyev.

Systematic, predictable and effective actions of  Uzbekistan in development of existing and formation of new international multimodal transport and logistic routes became the basis of substantiated statements of the international team representatives of the Baltic-Black Sea Economic Forum in Lithuania Vitalius Besakirskas and Virgis Jakshtis during a meeting last week in Vilnius with Algirdas Sakalis, Coordinator of the European Union Strategy for Transport Policy in the Baltic Sea Region. In accordance with the mentioned substantiated statements, they discussed the expediency of identifying partners from Uzbekistan in Central and South Asia as one of the key guides and partners to implement the ePICenter project initiated by the European Union - a large-scale international project namely in the field of transport and logistics" 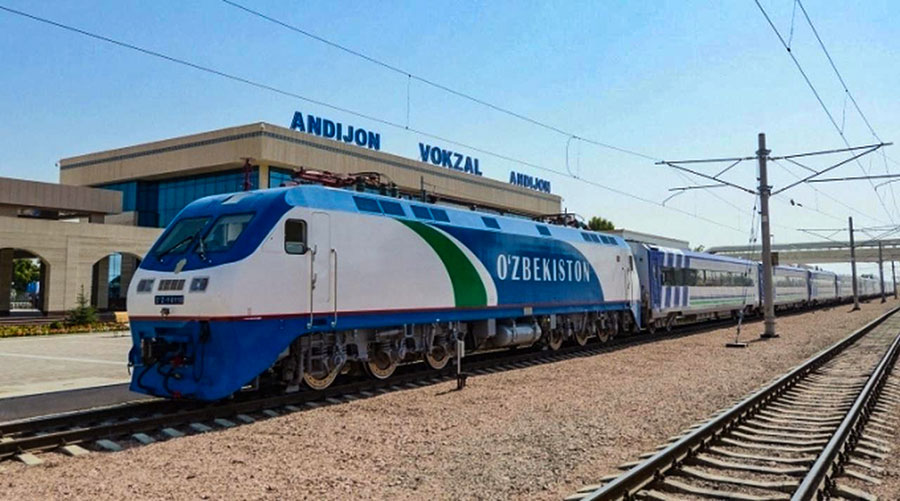