Working discussions of the issues to be considered on the forum sites were held.

The final part of the VII Baltic-Black Sea Economic Forum, which is planned to be held in the first half of spring next year in Kherson, will at the same time launch preparations for the next VIII Forum in Klaipeda, Lithuania.

To coordinate joint organizational actions, Vidas Andrikis, Vice Minister of Environment of the Republic of Lithuania (2004-2006), Board Member of the Baltic-Black Sea Economic Forum, paid a working visit to Kherson on December 7.

The working session at Kherson City Council began with the solemn awarding of Vidas Andrikis with the International Order “For Efficiency”, to which he had been presented last year by the international team of the Baltic-Black Sea Economic Forum. During the presentation of this high award, Kherson Mayor Igor Kolykhaev (pictured second from left) noted the significant contribution of Vidas Andrikis in strengthening and developing cooperation between enterprises, institutions and organizations of Ukraine and Lithuania, including the cities of Kherson and Klaipeda.

During the session, which was also attended by Chairman of the Baltic-Black Sea Economic Forum Volodymyr Makukha, Secretary of Kherson City Council Halyna Luhova (pictured first from left) and Director of the Department of Economy and Investment of Kherson City Council Iryna Nikolaeva, there were discussed basic segments of the planned event, which should not only consolidate the work of the previous stages of the forum, but also become certain growth points to ensure sustainable development of Kherson and Kherson Region as an equal subject of joint international projects.

As noted by Сhairman of the Board of the forum Volodymyr Makukha:

«Given a certain focus on considering joint projects, in particular those with partners from Turkmenistan and Turkey, whom quarantine restrictions prevented from arriving in Kherson last year, it is necessary to take into account the draft plans identified during the XV ECO Summit in Ashgabat on November 28:

Given that the chairmanship in the ECO for 2022 was taken over by fraternal Uzbekistan that demonstrates systematic approaches and solutions to ensure sustainable development, it is worth using as a guide the program solutions proposed by the President of Uzbekistan Shavkat Merziyoyev».

In his turn, Vidas Andrikis emphasized the fact that simultaneously with the preparation and holding of the VII Forum, preparations for the next VIII Baltic-Black Sea Economic Forum will begin in Lithuania. He stressed that the general trend of cooperation between enterprises, organizations and institutions of Lithuania and Ukraine should be continued, using as an example the successful partnership experience of Kherson and Klaipeda.

Confirming the status of a reliable partner, Kherson Mayor Igor Kolykhayev, in particular, drew attention to the openness of the city authorities and the readiness of Kherson as an equal partner to implement joint ambitious projects with international partners that will promote local community development. 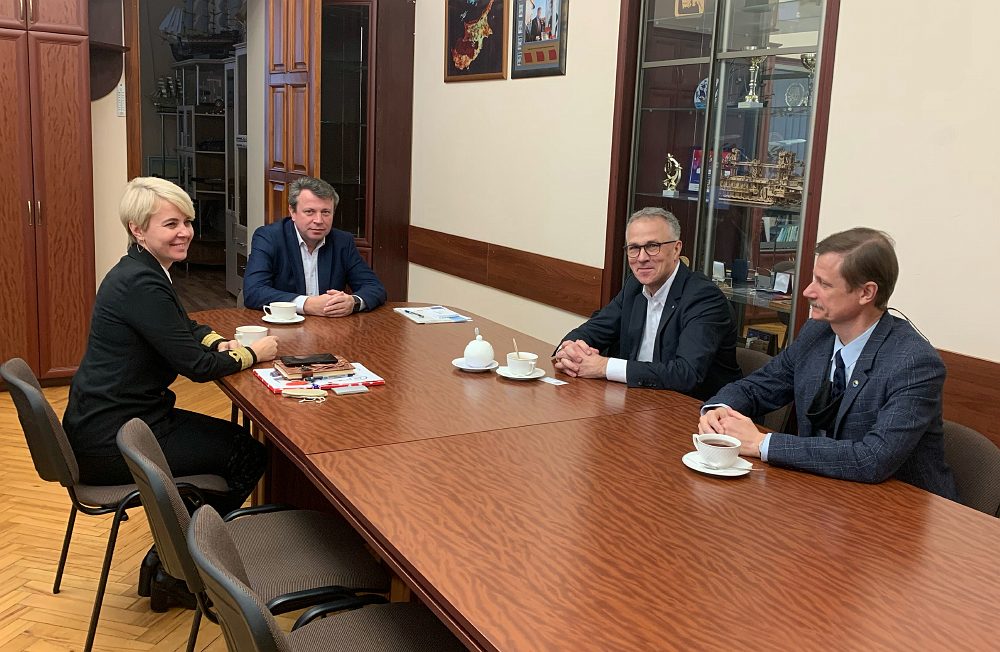 The working session at Kherson City Council was preceded by the working meetings at Kherson State Maritime Academy, where in addition to discussing organizational issues related to the preparation of the final part of the VII Forum, the participants considered current plans on cooperation between maritime academies and universities from the Baltic coast to the eastern shores of the Caspian Sea, in which a partnership tandem consisting of the maritime academies of Kherson and Lithuania successfully performs the function of a foundation for development of this cooperation. 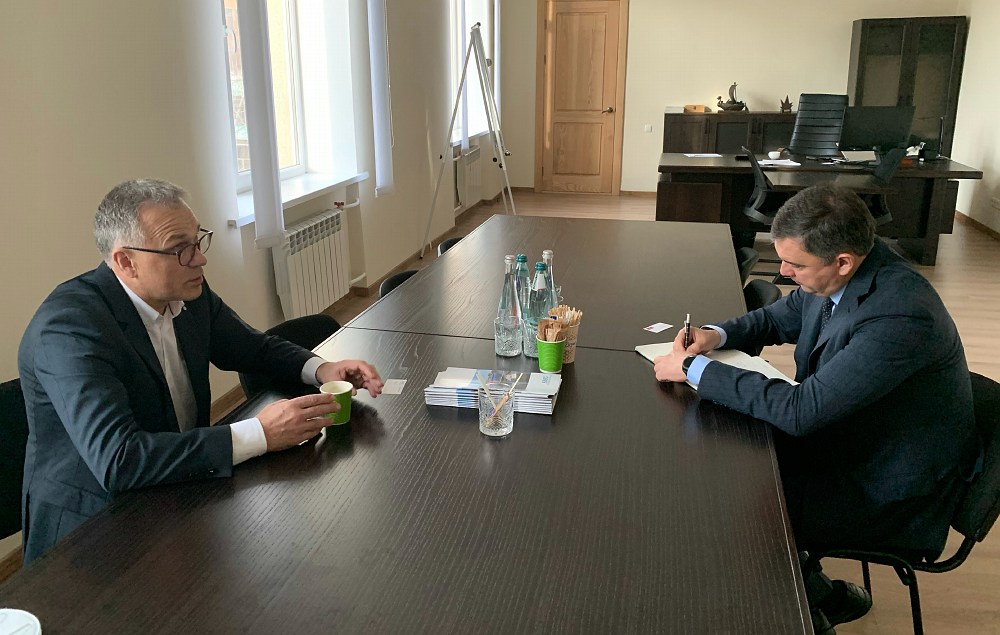 The working meeting on the territory of the Kherson Shipyard (SMG) was no less substantive. In addition to general plans and projects to be discussed at the forum sites, General Director of SMG Dmytro Krasnikov and Board Member of Baltic-Black Sea Economic Forum Vidas Andrikis agreed on joint actions to initiate the design and construction of a specific first of a kind vessel on request of the partners from Germany.