This year's celebration of the International Day of the Seafarer, which is traditionally held on June 25, was special for the Ukrainian city of Kherson and the Polish city of Gdynia. At the initiative of Kherson State Maritime Academy, it was proposed to honor on this day a great figure both in the history of Poland and in the history of Ukraine, a prominent man, a public character, a sailor, a traveler, Brigadier General Mariusz Zaruski and to carry out appropriate activities in Kherson (Ukraine) and Gdynia (Poland).

Mariusz Zaruski was an actual creator of the National Fleet Committee and the head of Sea and River League of Poland. But the birthplace of the Polish hero was Ukraine, he received his education in Odessa and it was there that he fell in love with sea.

He participated in the establishment of maritime institutions, traveled throughout Poland to promote navigation. In the early 30's of the past century he prepared three manuals on navigation and intensified its activities with the young generation.

Mariusz Zaruski spent the last tragic years of his life in Kherson, where he died on April 8, 1941. Here, in the old Kherson cemetery, the Polish company Polonia erected a memorial to him. 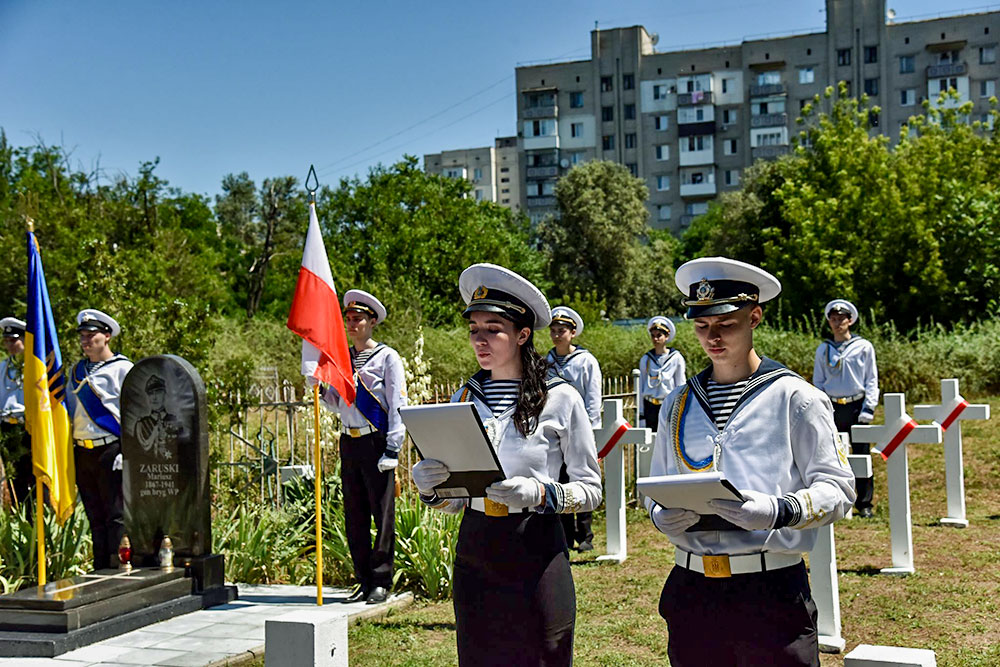 It is very symbolic that the initiative of joint, synchronous honoring of the great Pole, Brigadier General Mariusz Zaruski in Kherson and Gdynia emerged within the walls of the Ukrainian state maritime institution. This once again demonstrates the unity of the two countries.

Alongside with cadets and teachers of Kherson State Maritime Academy, the Consul General of Poland in Odessa, Mrs. Katarzyna Solek and representatives of the Polish company Polonia together with Head of their Kherson branch Rosalia Lipinska took part in the solemn events at the burial place of Mariusz Zaruski. 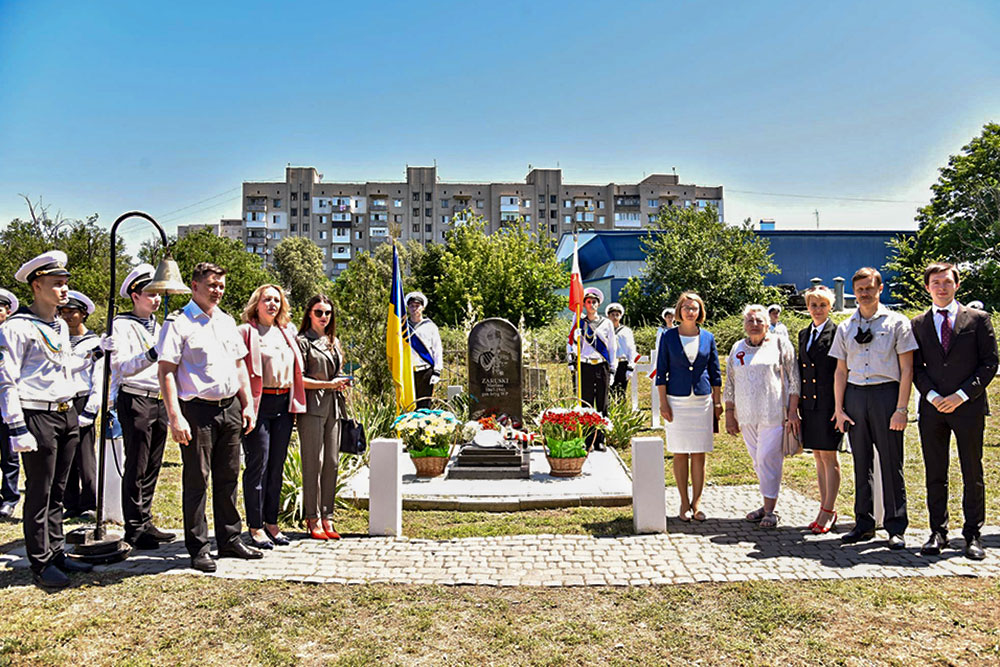 A great man who unites the history of the fraternal Poland and Ukraine, a famous Pole, who is also considered an insider in Ukraine, he is an example for modern generations and for young seafarers honoring him today.

In a solemn atmosphere, the cadets of Kherson State Maritime Academy put a folded striped vest and a sea cadet cap near the memorial to Mariusz Zaruski as a sign of honor and commemoration of maritime generations.

The distinguished guests presented flower baskets decorated in the colors of the national flags of Poland and Ukraine. 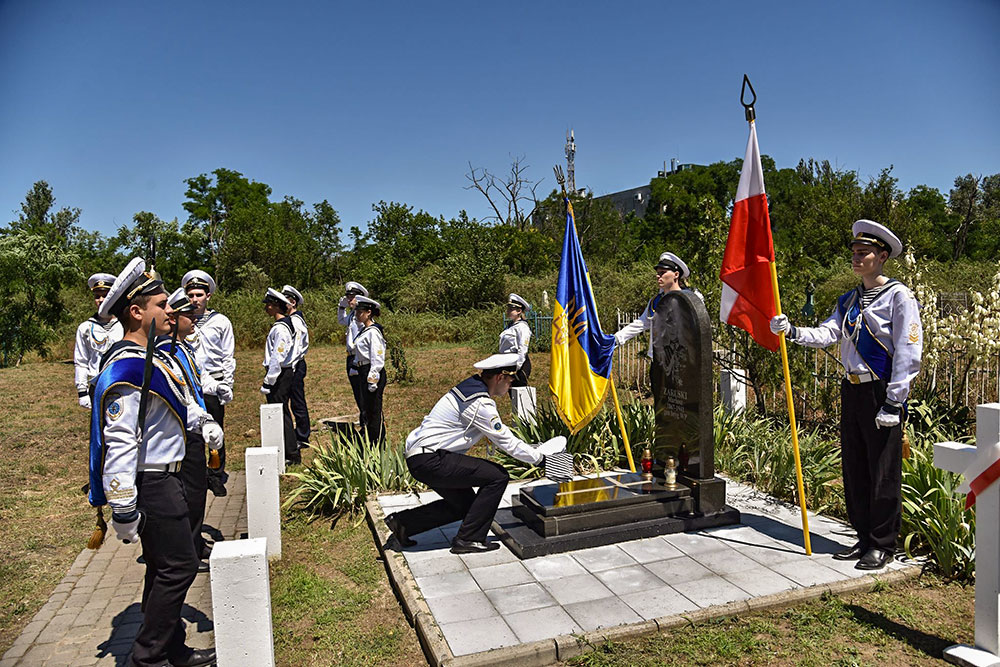 At this very time, a regatta took place in the fraternal Polish city of Gdynia, in which the sailboat General Zaruski participated. 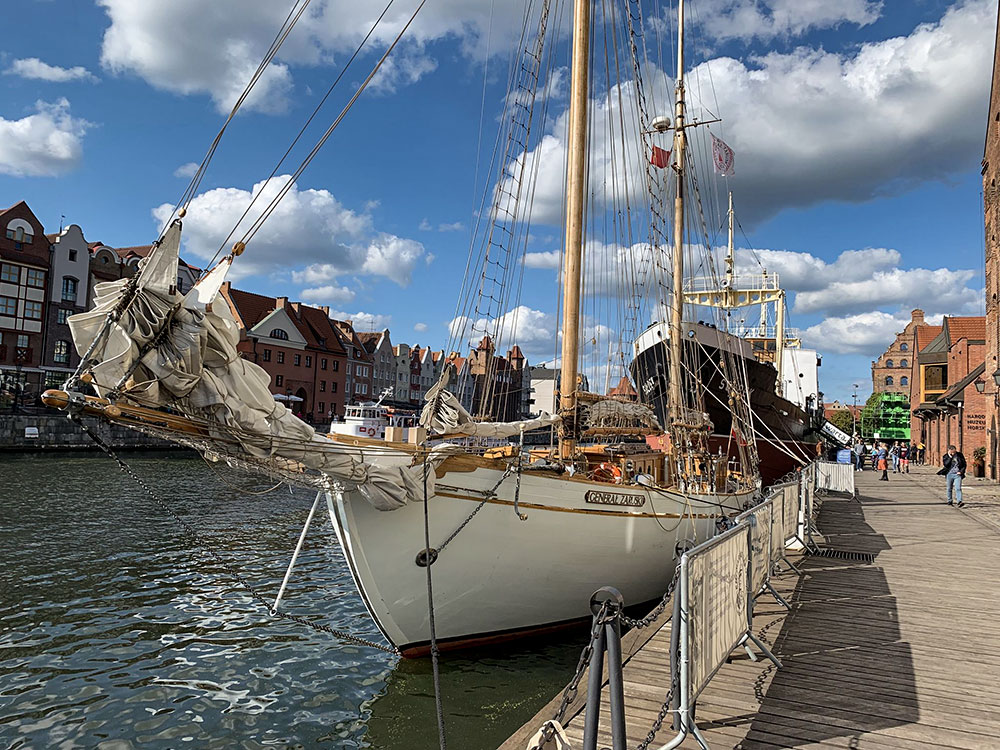 Many warm words and sincere thanks were said on this day to a man who, like many years ago, is a symbol of the unity of two fraternal peoples, a symbol of friendship between Ukraine and Poland. Thank you very much, Mr. Brigadier General!